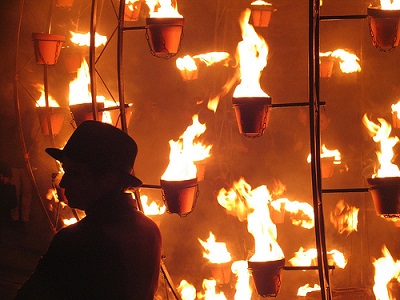 Leaders who put themselves and their goals above all else are guaranteed to fail. Here are 3 signs to help your organization avoid the massive fallout and extensive collateral damage that occurs when they do. 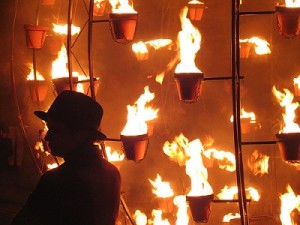 The recent firing of Rutgers University head basketball coach Mike Rice and resignation of Athletic Director Tim Pernetti is an all too often repeated cautionary tale of leadership gone haywire. Mr. Rice was videotaped throwing basketballs at players’ heads, shoving them, and screaming obscenities at them in an attempt to make them better. University President Robert Barchi called it a “failure of process” in that the coach was not terminated for over three months after the Athletic Director was shown the video. How can such outlandish behavior occur, and more importantly, what are the warning signs that might indicate leaders are setting the place on fire with bad behaviors? In my work with thousands of leaders worldwide, I’ve discovered three signs that, if observed, should give cause for pause and warrant a closer examination of the leader’s behavior.

All leaders have some degree of resistance to change. After all, they’re held accountable for results. It’s when results don’t match the organization’s vision and results are not meeting expectations that we must start to pay closer attention. If a leader begins to justify the status quo, even forcefully rationalizing it especially if a change would alter something they put into place, look deeper. If the pledge of allegiance is bizarre, investigate. Athletic Director (AD) Tim Pernetti clearly put his own interest above the safety of the players. Mike Rice was the AD’s first major hire in May 2010. And it’s clear he didn’t want to fire the guy he was responsible for bringing to the university.

Rewarding Destination Disease At All Costs

When leaders place achieving a goal that has significant financial impact above everything, they suffer from destination disease. The disease causes them to lose sight of appropriate values and common sense. As coach, Mike Rice was instrumental in helping Rutgers leave the Big East for the Big Ten, which guarantees much larger revenue sharing opportunities for the university. That destination certainly appears to have played a role in the decision to keep him around as he continued to hurl basketballs and scream homophobic slurs at his players in plain view of cameras he knew were recording him.

Operating Outside the Lines and Going Unchallenged

Perhaps the clearest sign that a leader’s behavior is likely to lead to a “failure of process” is when s/he knowingly and willingly operates outside the lines of established processes and procedures and no one holds the leader accountable. The AD saw the videos on Nov. 26, 2012. A 17 day investigation ensued with the decision to only suspend the coach for 3 games as the outcome. The suspension conveniently ended just prior to the beginning of Big East conference play. The AD acknowledged he was aware that the videos would create a bit of a public relations nightmare once released to the public, but he and the President allowed the coach to remain as coach for months and only after the firestorm was way too hot.

Leaders continue to fall prey to the pressures of delivering results at all costs because they’ve stopped making the right decision regardless of the situation. And as long as they continue down this path, they will continue to destroy shareholder value and severely damage the faith their customers put in the organization.

The only person who didn’t lose his job is Rutgers University President Robert Barchi. How should he be held accountable? After all, this occurred on his watch. Share your comments below.