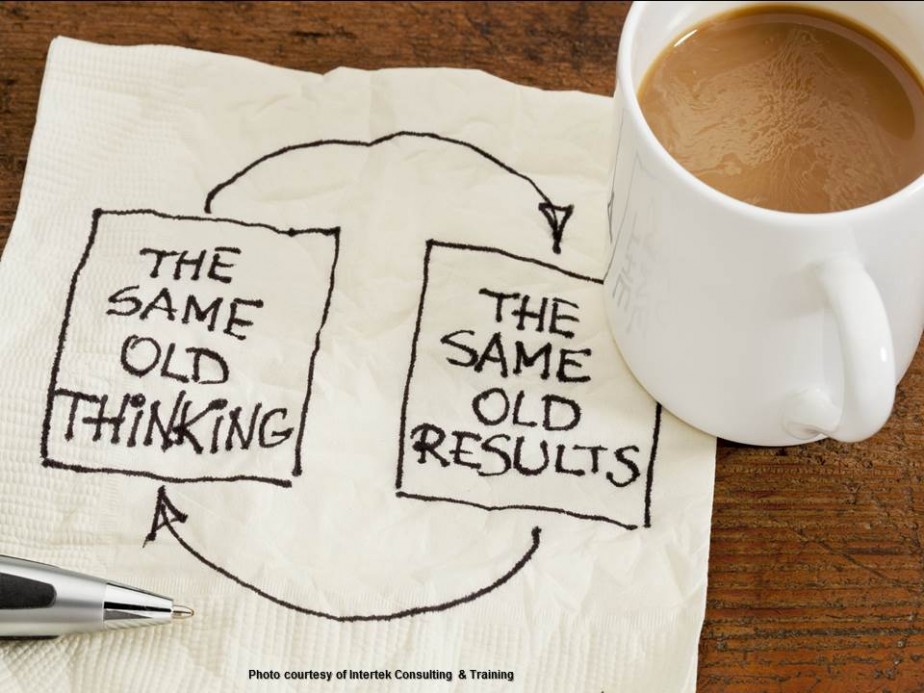 Sooner or later you have to stop using this one word if you want to consistently achieve your goals. 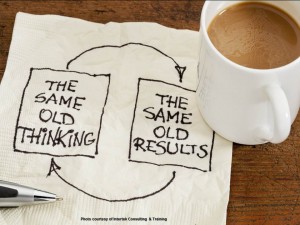 An interesting phenomenon is occurring. The economy has improved, yet many people are still stuck in recession-based thinking. It’s as if their thought patterns and actions are caught in a freeze frame of sorts. These people are easy to spot because they consistently use the one word that disables everything. That word is “but”. And I’ve discovered four motivators for why people are stuck on their “but”:

We all have fears. It’s a perfectly normal human trait. An unfortunate byproduct of the recession has been an amplification of peoples’ fears, and this has led to people using “but” to introduce their excuses for not overcoming their fears. I hear it all the time from people who ask me to mentor and coach them, and I use one simple strategy to help them overcome this “but”. I remind them over and over that opportunities and successes shrink or expand in direct proportion to their level of courage. I also remind them that the most successful people fail, on average, 7 times before they succeed. Failure is the price of progress, so accept failure’s role in success and get rid of the fear-related “but”.

Where fears lead to excuses for not taking action, pride sabotages our faith and belief in ourselves and others. Tim Hurson points out that having the courage of your convictions is not as important as having the courage to question them. Pride completely keeps you in your own way. If you want to grow, you have to be willing to let go….let go of your pride. When you can do that, you truly begin to live beyond this “but”.

Ego is a Latin and Greek word meaning “I”. Ego is our self-importance, and it drives how we react to our world. The bigger a person’s ego, the more they blame others for the results they didn’t get from the work they didn’t do. Quite simply, the ego-based “but” is merely an attempt to shift accountability from self to others. When a person seeks advice and / or receives feedback, their ego is completely exposed. That is when the ego-based “but” is most often used. To help people overcome their ego, I always ask the same question (based on a Jerry Rice quote), and that question is this: what must you do today that others won’t so that tomorrow you can accomplish what others can’t? By answering this question on a daily basis, people learn to override their ego so that they become more willing to accept the actions they must take to get the results they want.

Extremely successful people are often described as being lucky. Luck is defined as being prepared to seize opportunities when they are presented, so in that sense, lucky is an appropriate label. When the late great basketball coach John Wooden was asked what was his secret to winning 10 NCAA basketball titles in a 12 year span, he famously said this: when opportunity comes, it’s too late to prepare. His teams practiced like they played in real games. They were always prepared for every situation they encountered in a game because they’d experienced it in practice. Very few people prepare like that, and that is why success is so elusive. That’s also why it’s too easy to use “but” in an attempt to mask our lack of preparation. In fact, in every case I can think of, the most spectacular examples of underachievement have always been explained away using the unprepared “but”. To get what you want you must have the belief you can have it and the discipline to continuously prepare to get it. Sure, it’s hard work. It’s also what separates the successful from everybody else.

What other strategies have you successfully used for overcoming the limitations imposed by your fears, ego, pride, and unpreparedness? Please share them in the comments below.