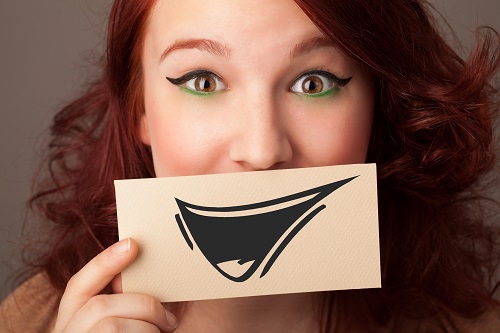 How people live each day is their choice; how it impacts you is yours.

8 out of 10 people have a negative attitude. They think and speak in limiting terms such as can’t, won’t, and don’t. They blame others for their circumstances and have a problem for every solution. Almost everything they say is a complaint, a criticism, or a condemnation of others.

If most people are encountering a staggering avalanche of negativity on a daily basis, how can anyone stay positive and avoid being devoured by the massive flood?

Here are the 7 potent ways I found to be remarkably effective in dealing with a negative person head on without allowing them to ruin one minute of my day.

Attitude is an inside job, and it is imperative you remember this truth about a negative attitude: Their problem is most often not with you, rarely about you, and to never be owned by you. As challenging as it can be, be calm and don’t take the bait by reacting. This will help you avoid taking it personally.

Redirect the conversation to something positive. Ask 3 close-ended (leading) questions that force “yes” responses to get agreement on something positive. Dale Carnegie outlines this technique in his best-selling book How to Win Friends and Influence People. After 3 “yeses”,follow up with open-ended questions to maintain dialogue on the positive topic. Try it. It works!

Avoid Adding Fuel to the Fire

During negative-focused conversations, it’s tempting to make reaffirming statements or agree with the negative comments. Don’t take that bait either. Remain silent or utilize one of the other techniques mentioned in this article.

It’s surprising how a simple change of scenery changes everything. When you’ve had enough of the negativity, by simply moving to a different environment is enough of a stimulus to change the subject. Don’t make the change of scenery optional. Just get up, and go somewhere else because the negatron will follow out of a desire to continue sharing their toxic brew. As soon as you get up, immediately place the focus on something positive in the environment (such as an adorable child, a cute pet, etc.).

It’s a proven fact people unconsciously mimic each other during conversations. This rhythmic dance can be used to your advantage by taking the lead in the dance. It is very easy to do. Smile, open your body language up, and use reaffirming language to slowly bring the conversation back from the brink of the negativity cliff.

Last Resort – Acknowledge the Impact of the Undesirable Behavior on You

If all else fails, it may be time to explicitly call the person on their negative behaviors. This is often met with resistance and disagreement so be careful. It will usually end the discussion on the topic of conversation yet you now run the risk of being the target of a new and emotionally charged conversation. And that will take additional mental and verbal skills to deal with.

If emotions run high and your buttons have been pushed, it’s time to terminate the discussion. Failure to do so will dramatically increase the risk of saying or doing something that will damage the relationship. Respectfully state that you need a break from the conversation and physically remove yourself from the person’s presence.

Attitude determines how far a person will go and how much success s/he will experience in life. Remember, life is a mirror and it will reflect back what you allow into it, so stay positive and don’t let anyone take control of your attitude.

Excellent tips, Sardek! I think the first one, don’t take it personally, is the hardest.

There are two reasons:
1) We can subconsciously adopt someone else’s negative attitude. (See more here: http://www.toistersolutions.com/blog/2013/1/9/debunking-the-myth-that-attitude-is-a-choice.html)

2) A very negative person can trigger our instinctive fight or flight response.

These are both natural reactions. It takes a lot of focus and practice to recognize those symptoms and take steps to overcome them.