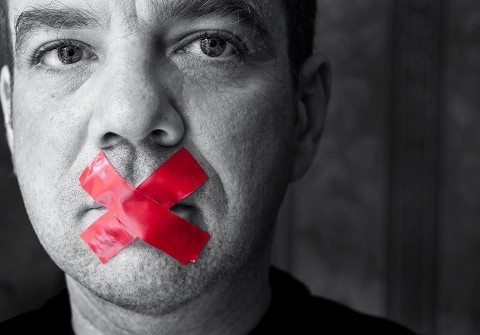 We’re taught to communicate at a very young age. Unfortunately, for some people, they learn to become very irritating as they progress in age. 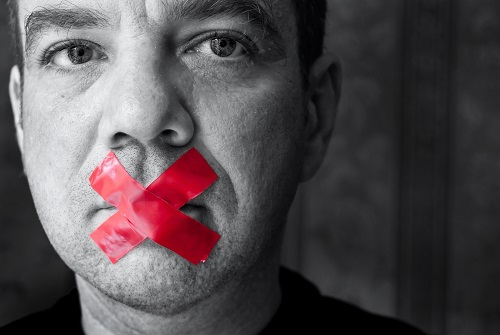 Think of the person you absolutely dread having a conversation with. What are they doing that is so annoying that it drives you insane? Chances are whatever you came up with is on this list 9 of the most annoying communication habits. The 9 are as follows:

You listen attentively. They repeat what they just said repeatedly. What should take mere seconds to communicate takes minutes. We’ve all been held hostage to the chronic repeater, gritting our teeth to the point of breaking a tooth, yet we suffer out of sheer politeness. The sad thing is the person who is the chronic repeater is most often completely unaware how many times they’ve said the same thing. Help them out. Tell them about their bad habit – and don’t repeat yourself when you’re doing it.

The Storyteller (from Hell)

This person tells stories (and lots of them) in rapid succession with barely any noticeable breaks to breathe during their mouth marathon. After 5 minutes of rapid fire storytelling, we begin to wonder if this person could establish a new world record for holding their breath underwater. If you’re held hostage to this person, at the first sign of a pause, bolt. If you don’t, you’ll feel like a driver who missed their exit on the New Jersey Turnpike so be prepared to go another 15 minutes before the next exit opportunity presents itself.

Similar to the Storyteller, this person usually only tells one story yet shares an incredible amount of mind-numbing, useless and completely irrelevant information. It’s entirely possible you will become lost due to the sheer volume of information shared. It can be somewhat amusing to watch a weary group get close to moving past irrelevancy only to have someone ask the speaker a question. The looks and body language communication that ensues is priceless.

No matter what, this person has nothing positive to say about anything. If they won the mega million dollar lottery, they would complain about having to pay taxes. This person sucks the joy out of every situation. You might feel like taking the complainer on – be warned. If you have no authority or ability to levy consequences for their continued complaining, they have the upper hand because they can beat you down with their extensive experience.

This person’s behavior appears to be very similar to the complainer, yet his/her motivation is different. S/he constantly criticizes what other people say and do. Just like the zombies in the movie World War Z, the criticizer is always looking for new recruits to join their ranks, so be careful and limit your exposure to them. Once won over by the criticizer, it can take months to years to deprogram this insidious and counterproductive behavior.

This annoying person is easy to spot because s/he consistently makes judgmental statements instead of facts. Judgmental statements are often the labels used to describe what a person says or does. Examples include terms such as lazy, arrogant, pushy, bossy, and uncaring. Such statements often lead to an increase in tension and conflict, so it is advisable to avoid being aligned with the Judger because you will be labeled an accessory to the crimes they commit.

When something doesn’t go as planned and / or does not meet expectations, the excuser will always cite someone else to be at fault for the gap in performance and expectation. The excuser with extensive influence and / or power and authority can be a very challenging person to deal with therefore one should be very careful working with this individual because you can become their target for which to place blame.

We hear this person’s conversation…from 30 feet away! They talk over everybody and everything because they must be heard. The U.S. Federal Communications Commission proposes allowing passengers the ability to make cell phone calls during a flight. Oh how they have clearly underestimated the impact this annoying communicator will have if given an opportunity to make calls above 10,000 feet. I have a feeling this proposal, if it passes, will be short-lived thanks to the loud speaker.

This individual has no filter, no sense of tact. As a result, s/he has an uncanny knack for making very inappropriate comments. And like a regularly scheduled train with great on time departure and arrival performance, it predictably doesn’t take very long for the offender to make an offensive statement. In some cases, the offender can go from relative obscurity to world reviled in a matter of minutes. Just as former Public Relations Executive Justine Sacco found out, in a hyper-connected world of social media, an insensitive comment in a tweet can go viral and get you fired in less than 10 minutes.

What other really annoying communication habits absolutely drive you nuts? Please share them in the comments below.

For more tips and strategies on communicating effectively, email us at info@ictscorp.com, explore the rest of this website, subscribe to this blog, and follow me on social media (Twitter, LinkedIn, YouTube, and Facebook). By doing so, you will gain access to leading edge research on management and leadership development and have access to daily inspirational and motivational quotes that will drive your success trajectory upward. So don’t delay, follow me and think yourself to success today!

The One Word That Disables Everything (That Doesn’t Begin With “F”)
Forget New Year’s Resolutions. Do These 4 Things to Make 2014 A Smashing Success!
Comments